Canberrans can now vote on a Mammal Emblem for the ACT

The Legislative Assembly’s Standing Committee on Environment and Transport and City Services will today open an online poll for the ACT community to vote for their preferred mammal emblem for the ACT.

In November 2017 the Legislative Assembly asked the Committee to inquire into a Proposal for a Mammal Emblem for the ACT.

The Committee received 29 submissions from the community, suggesting a range of animals be considered for the mammal emblem.  Submissions are published on the Committee website at https://www.parliament.act.gov.au/in-committees/standing-committees-current-assembly/standing-committee-on-environment-and-transport-and-city-services/inquiry-for-a-mammal-emblem-for-the-act.

The animals mentioned most frequently in submissions were the Eastern Bettong, Spotted Tail Quoll, Southern Brush-tailed Rock-wallaby, Echidna, and Little Forest Bat.  When choosing a shortlist of mammals for this online poll, the Committee considered the following factors: the animal's connection to the ACT region, its contribution to the local environment, classification as 'vulnerable' or 'endangered', and the potential for publicity as the Territory emblem to contribute to important conservation efforts. Based on these criteria, the Committee decided that the two strongest contenders for selection as a mammal emblem are the Eastern Bettong and the Southern Brush-tailed Rock-wallaby.

In May, the Committee met with wildlife and conservation experts at Mulligans Flat Woodland Sanctuary and Tidbinbilla Nature Reserve to learn more about wildlife in the ACT.

Suzanne Orr MLA, Chair of the Committee, said: “It was fantastic to have the opportunity to see the significant conservation efforts being made at Mulligans Flat and Tidbinbilla to protect and reintroduce important mammal species to the Canberra region.”

“The Committee heard from ecologists about the contribution the Bettong and Southern Brush-tailed Rock-wallaby are making to the ACT’s natural environment and we believe these two mammals are strong contenders to become the ACT mammal emblem.”

“We invite Canberrans to indicate which of the two animals in the shortlist they believe will best represent the Territory as our mammal emblem,” Ms Orr said.

The poll results, as well as other material, will be used to inform the Committee’s consideration of which mammal should be chosen as the ACT mammal emblem.

The online poll is now open at https://www.surveymonkey.com/r/MammalEmblemACT to anyone living in the ACT. The poll closes on 26 June 2018 and the Committee is due to report to the Assembly on the Mammal Emblem Inquiry by September 2018.

Attachment 1: Photo of the Committee at Mulligans Flat (May 2018) 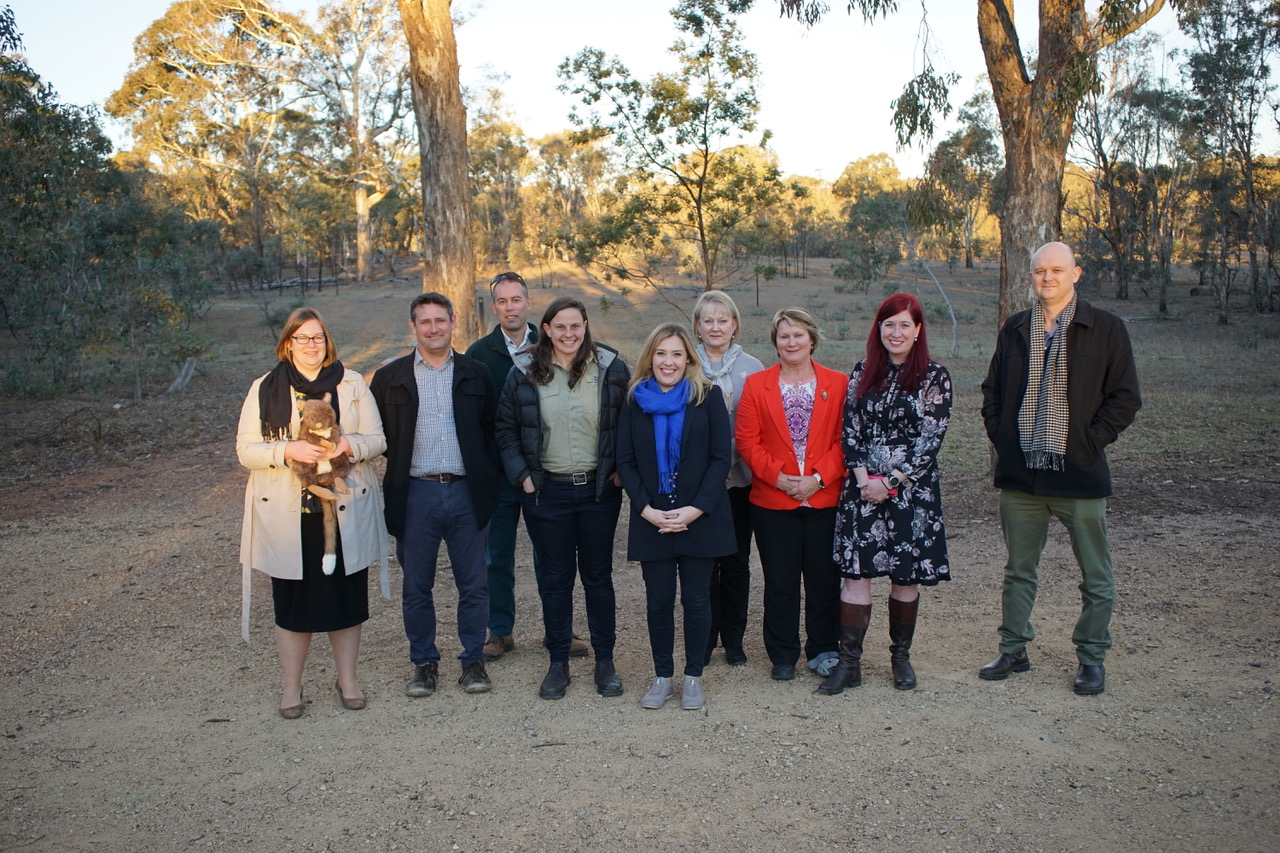 Attachment 2: Photo of the Committee at Tidbinbilla Nature Reserve (May 2018)

Committee Secretary, Brianna McGill, on (02) 6205 0124 or at LACommitteeETCS@parliament.act.gov.au

Tidbinbilla Nature Reserve, on (02) 6205 1233, for information about the Southern Brush-tail Rock-wallaby