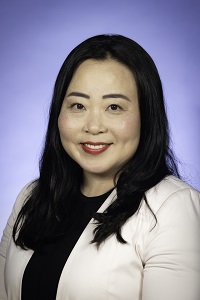 Elizabeth Lee gave her inaugural speech to the Assembly on 13 December 2016.

Watch the speech Read the Hansard

Elizabeth migrated to Australia from South Korea in 1986 when she was 7 years old and grew up in Western Sydney.  She moved to Canberra at 18 to study law at the Australian National University and has lived and worked in Kurrajong ever since.