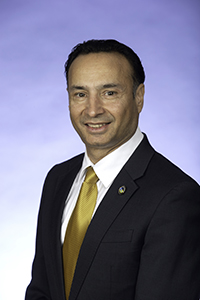 QUALIFICATIONS AND OCCUPATIONS BEFORE ENTERING THE ACT LEGISLATIVE ASSEMBLY

Deepak-Raj Gupta was born in 1966 in Agra, India. Gupta emigrated to Australia in 1989. He has lived in Gungahlin with his wife Shuchi and children Mallika and Ashvin for almost 20 years. They have three dogs: Jimmy, Sky and Tank.

Sports, cooking, holidays with family and friends and meeting new people (Deepak believes “your network is your net worth”).