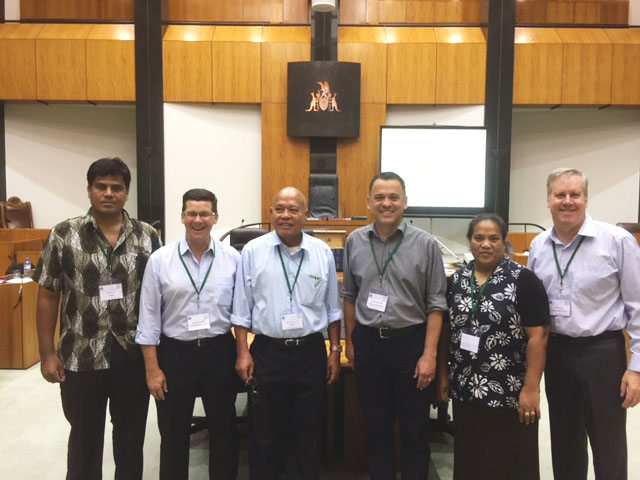 In November representatives from the Legislative Assembly attended the annual conference of the Commonwealth Parliamentary Association (CPA). This year’s conference explored the many facets of vulnerability that exist in our societies.

Chris Bourke MLA presented a paper addressing the issue of indigenous representation. Brendan Smyth MLA presented a paper called Economic Vulnerability of a City State, based on the ACT Legislative Assembly’s unique experience in fulfilling governance responsibilities at both local and state levels.

The CPA’s annual conference offers an opportunity for parliamentarians and staff to come together to exchange ideas amongst themselves and with experts in various fields, to identify benchmarks of good practice, and to explore new policy options that might be adopted.

Activities focus on fundamental values such as just and honest government, the alleviation of poverty, fundamental human rights, international peace and order, global economic development, the rule of law, equal rights and representation for all citizens of both genders, the separation of powers among the three branches of government, and the right to participate in free and democratic political processes.

The 33rd Commonwealth Parliamentary Association’s Australia and Pacific Regional Conference took place in Darwin from 24-26 November 2015, and was attended by delegates throughout the Commonwealth including representatives from our twinned parliament in Kiribati (pictured).