Speaker of the ACT Legislative Assembly 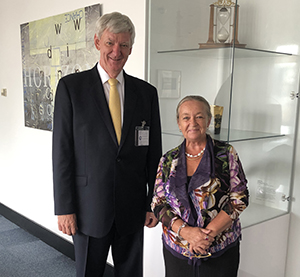 Mr Harris commences in the role of Auditor-General on 8 February for a 7-year term.

Mr Harris was previously the Board Chair of Metro Tasmania from 2017 was the Independent Chair of the Review of the Tasmanian Fire Service Act.  An economist, Mr Harris’ previous ACT experience was Chief Executive of the ACT Chief Minister’s Department from 2003 to 2009 and ACT Under Treasurer from 2002 to 2003.

The Auditor-General conducts independent financial and performance audits on ACT Government agencies and those entities in receipt of ACT Government funding or resources. The results of these audits are reported to the ACT Legislative Assembly and community. These audits are an important means of holding agencies and entities to account and encouraging them to continuously improve their services and activities.

“Mr Harris brings a wealth of experience in private and public sector and I welcome him to the role of ACT Auditor General” Ms Burch said.