Cameral II artwork, a reflection of the Assembly and the community

Cameral II artwork, a reflection of the Assembly and the community

Today the Speaker announced that Cameral II, a photographic artwork by Barbara Campbell, is to be unveiled.

The work replaces an earlier version from 2001 and was commissioned by the Legislative Assembly Art Advisory Committee.

“Cameral II captures the symbolic relationship between the people of the ACT and their representative government, and the importance of active public participation in the political process”, Speaker Burch said.

Like its predecessor, Cameral II is best viewed from the exterior of the building on London Circuit. While the new photographs depict the members of the Ninth Assembly, the resulting image is intended as an evocation of all members—past, present and future.

Ms Campbell and David Paterson, who did the original photography using film in 2001, came together once again to take new digital images of members in the Assembly chamber during the February sittings.

“At the 2016 election, the Assembly became the first jurisdiction in Australia to have a majority of women members (originally 52%, increased to 56% in December 2017). Members valued the opportunity to participate in a new take on this work, which would reflect the increase in size and change in composition of the Assembly,” Speaker Burch said. 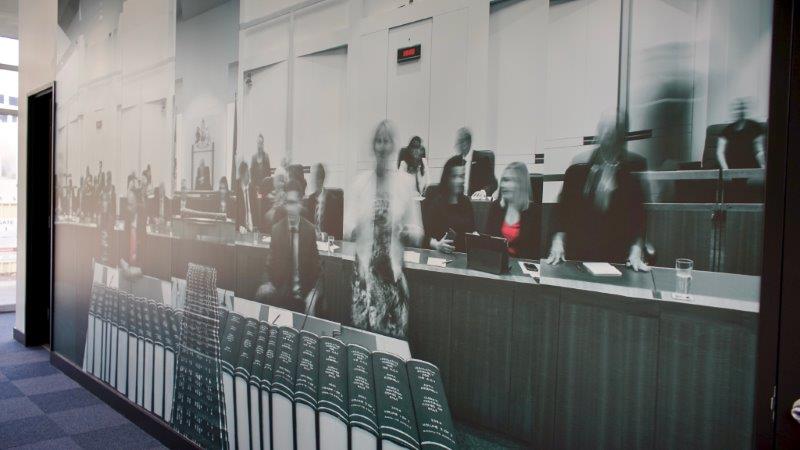